The battery materials hub is expected to cost just US$95 million to start, and the land in Germany has already been purchased.

Altech’s project will be green accredited and will use renewable energy as it supplies high quality graphite and silicon to the domestic market. Pilot plant engineering to support product qualification is already underway.

Investors reacted strongly to the PFS, sending ATC shares up to 21.05% higher at A$0.092 in early trading.

DFS already on the way

“We are delighted and excited by the results of the 10,000 tpa Silumina Anodes™ PFS.

“Due to the attractive economics of the study, the board of Altech Industries Germany (AIG) has decided to proceed immediately to a Definitive Feasibility Study (DFS) for the project.

“AIG has already purchased land in Germany suitable for the project, and the plan is for the AIG team in Saxony to begin DFS work immediately.

“We believe that the production of Silumina Anodes™ materials could be a breakthrough technology for the lithium-ion battery industry.”

According to the PFS, Altech estimates a net present value of US$507 million at an 8% discount rate. It expects to generate US$63 million annually from its operations.

The internal rate of return is estimated at 40%, while the investment capital should be repaid in just over 3 years.

The total annual revenue at full production (10,000 tons per year) is estimated at US$185 million per year.

Tesla, a global leader in the electric vehicle and lithium-ion battery industry, said the step change needed to increase the energy density of lithium-ion batteries and reduce costs is to introduce silicon into the anodes. batteries.

Indeed, silicon has approximately 10 times the energy-holding capacity compared to graphite, and metallic silicon has been identified as the most promising anode material for the next generation of lithium-ion batteries.

However, until now, silicon could not be used in commercial lithium-ion batteries due to two critical drawbacks.

First, the silicon particles expand by up to 300% in volume during battery charging, causing the particles to swell, fracture and ultimately fail the battery.

The second challenge is that silicon deactivates a high percentage of the lithium ions in a battery.

The lithium ions are rendered inactive by the silicon, which immediately reduces performance and battery life. As a result, the industry has embarked on a race to break the silicon barrier.

Through in-house research and development, Altech announced late last year that it had “cracked the silicon code” and achieved 30% better energy retention in a lithium- ion, with improved cycleability and battery life.

Altech says the higher-density batteries translate to smaller, lighter batteries and far fewer greenhouse gases, and are aimed at the electric vehicle market.

To achieve its breakthrough, Altech combined silicon particles that had been treated with its patented alumina coating technology, with battery-grade graphite coated with alumina, producing the product Silumina Anodes™.

So far, Altech reports that the above major drawbacks have been overcome significantly with their product.

AIG’s strategy is to supply only the European battery and electric vehicle industry.

By 2025, the EU will be able to produce enough battery cells to meet the needs of the European automotive industry.

As part of its plan to become climate neutral by 2050, the EU wants to boost local production of the building blocks of green industries and batteries to power clean vehicles.

Today, China hosts around 80% of the world’s lithium-ion cell production, but Europe’s capacity is expected to increase rapidly. 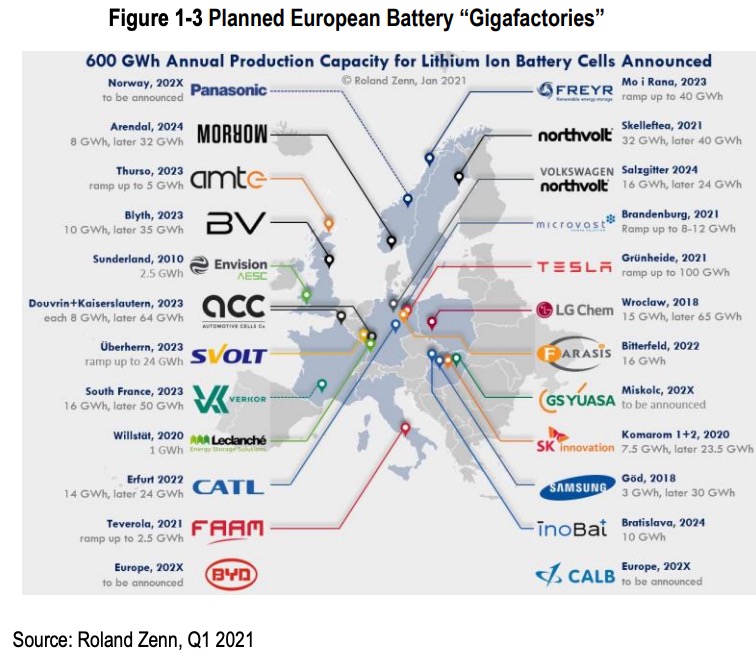 The European Commission has said that by 2025, planned European facilities will produce enough cells to power at least six million electric vehicles.

While the pandemic has seen overall car sales plummet, combined sales of battery-powered and plug-in hybrid cars in Europe are expected to roughly double this year to one million units, according to the NGO Transport & Environment.

Analysts estimate that demand for graphite anodes in Europe alone is expected to reach around 600,000 tonnes per year by 2030.

As a result, market prices for high-grade carbon-coated graphite used in the manufacture of lithium-ion batteries for electric vehicles range between US$10,000 and US$12,000 per ton. 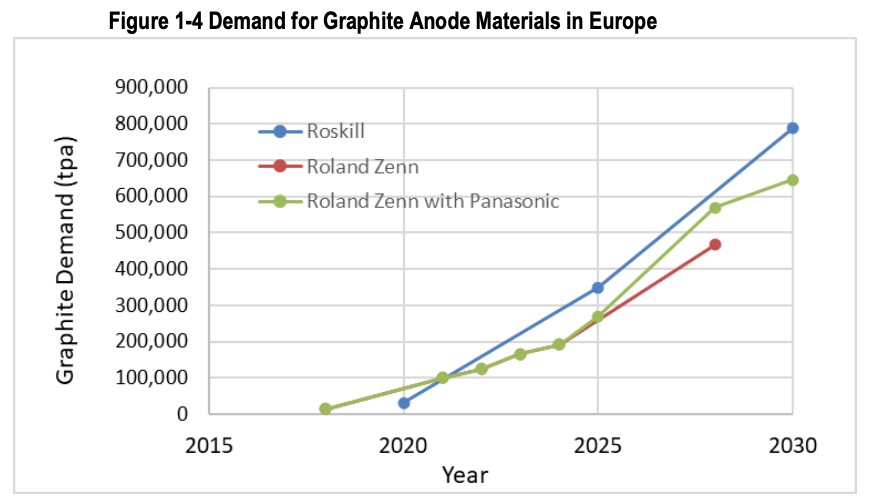